Using our Pept-inTM platform technology, we can create a completely new class of antibiotics and first-in-class therapeutics against high-value undruggable human targets. The technology harnesses the power of protein aggregation to specifically induce functional knockdown of a target protein.

Building on a solid scientific base and a convincing data set, Aelin Therapeutics secured € 27M in a Series A financing, bringing together a strong group of well-reputed investors consisting of LSP (the Netherlands), PMV (Belgium), Boehringer Ingelheim Venture Fund (Germany) and Fund+ (Belgium). 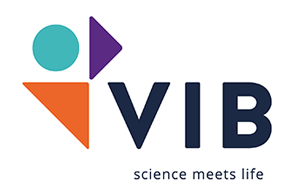 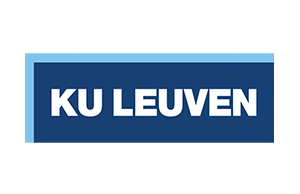 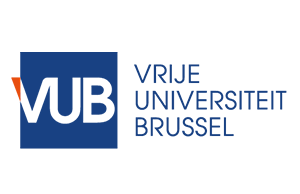 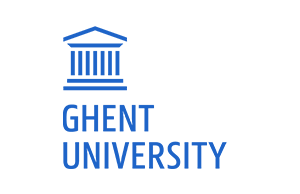 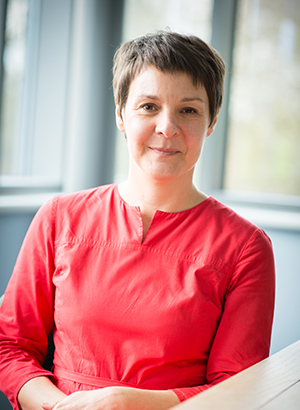 Els Beirnaert, PhD, brings along 18 years of experience in drug development, venture and business development. Previously she was one of the start-up pioneers of Ablynx leading multidisciplinary project teams and translating drug development projects from discovery to pre-clinical development to clinical development (phase 1 and phase 2a). She was Head of New Ventures at VIB responsible for the establishment of start-up/spin-out companies in life sciences. She served in the board of directors of Confo Therapeutics, Q-Biologicals and Multiplicom. Dr. Beirnaert obtained a Master in Biotechnology at the University of Ghent and a PhD in Biochemistry at the University of Antwerp. 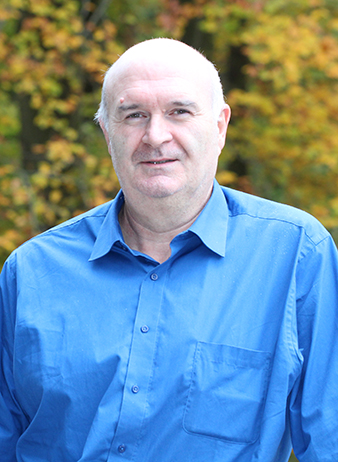 Bernard Scorneaux, PhD, has 20 years of experience in research in infectious diseases, including 15 years in the United States. Specialist in the development of anti-infective drugs, his expertise extends to the entire development process, from design, implementation, and follow-up of preclinical and early clinical studies (Phase I) to the drafting of regulatory documents. He has contributed actively to the development of several first-in-class drug candidates in Europe and the United States, including antifungals, antibiotics and antiretrovirals. Actively involved in the Malaria for Medicine Venture program, he participated in the development of Arterolane, an antimalarial drug responding to a real public health issue, placed on the African market in 2015. 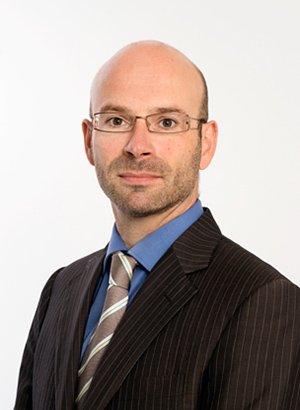 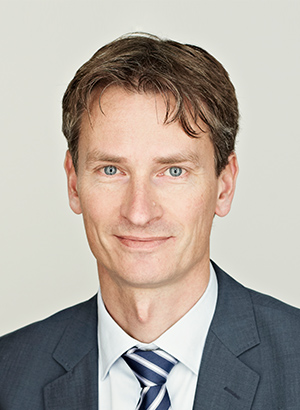 John de Koning, Ph.D. is a partner at LSP (Life Sciences Partners), one of Europe’s leading investors in the healthcare sector. In addition to Aelin Therapeutics, John currently serves on the boards of Merus (NASDAQ: MRUS), GTX medical and eTheRNA. He also served on the boards of several other companies, such as argenx (NASDAQ: ARGX), BMEYE (acquired by Edwards Lifesciences) and Prosensa (acquired by BioMarin). Prior to joining LSP in 2006, John was the Managing Director of Semaia Pharmaceuticals (acquired by Hybrigenics). Previously, he was a senior researcher within several prestigious medical research labs and worked with, among others, Prof. Hans Clevers, Prof. Bob Löwenberg and Prof. Allan Balmain. John has a Master’s degree in Medical Biology from the University of Utrecht and a Ph.D. in Oncology from the Erasmus University Rotterdam, both in the Netherlands. After obtaining his Ph.D., he received a prestigious fellowship from the Dutch Cancer Society to work at the UCSF Helen Diller Family Comprehensive Cancer Center in San Francisco. His results were published in numerous leading scientific journals, including Nature Genetics. 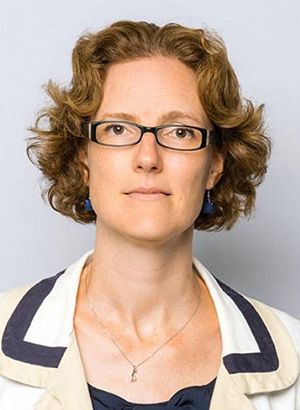 Chris De Jonghe is since 2013 group leader risk capital at PMV, where she is specifically in charge of the investments in the Life Sciences and Healthcare sector. Chris has built her experience with starting and existing biotech companies at the Flemish Institute of Biotechnology (VIB), where she was active for 11 years as respectively the licensing and business development manager. Chris has a PhD in biochemical sciences and a bachelor’s degree in law. She is a member of the Board of Directors of many of PMV’s portfolio companies and funds active in the biotech sector. 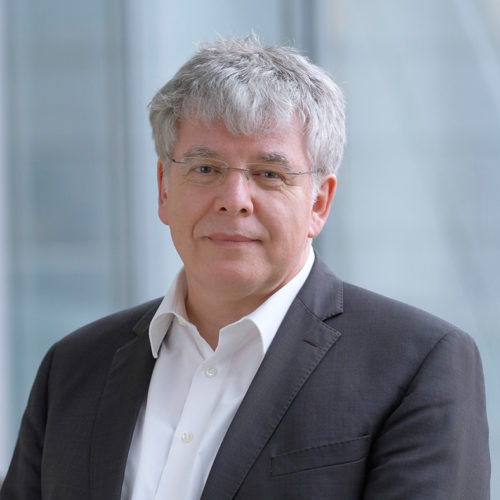 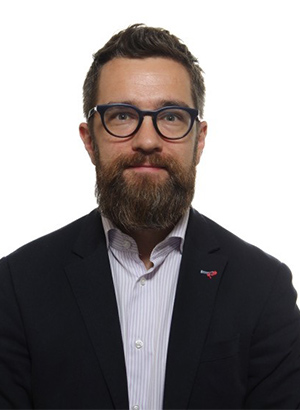 Jan Van den Bossche holds a Master Degree in Applied Economic Sciences at the KULeuven. He worked for more than 12 years as a biotech analyst at Petercam. He was involved in numerous public and private transactions of Belgian and Dutch Biotech companies, such as ThromoboGenics, Tigenix, UCB, AMT (Uniqure), IBA, MDxHealth . Before he joined Fund+, he was for more than 2 years part of the investor relations team at the Dutch life sciences and materials sciences company DSM (Geleen, NL). He represents Fund+ on the Board of Octimet Oncology, Immunic and Aelin Therapeutics. 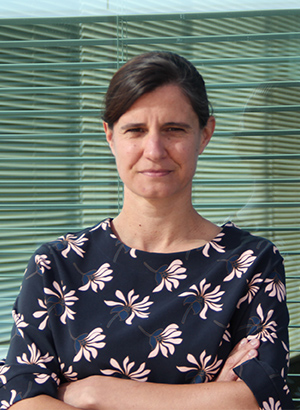 Griet Vanpoucke, PhD, is Head New Ventures at VIB. With her team she translates exciting science from the research institute into successful novel ventures. She currently also serves as non-exec Director on the Board of Orionis Biosciences. Previously she was part of Pronota, a biomarker discovery and diagnostics start-up company. As Director R&D she was responsible for several internal and partnered biomarker discovery programs. She played a leading role in the companies transformation from a proteomics discovery company to a diagnostic product company, up and till the company was acquired in 2014. She holds a PhD in Biotechnology from Ghent University and did a postdoc at the MRC in Edinburgh, UK. 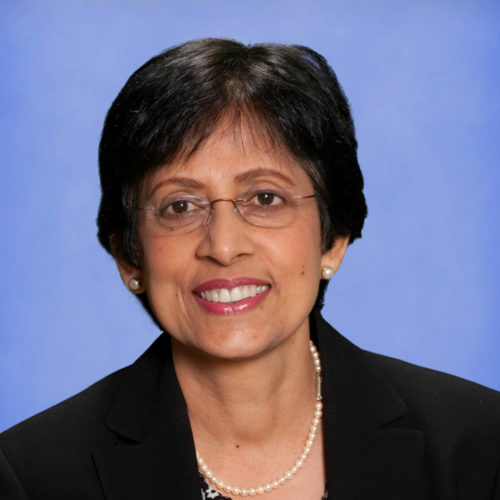 Dr. Prabhavathi Fernandes has more than 35 years of pharmaceutical discovery, development and management experience in large and small pharmaceutical companies. She obtained her undergraduate and Master’s degree training in India, worked at the University of Ghent, Belgium in Immunochemistry, received her Ph.D. in Microbiology from Thomas Jefferson University, Philadelphia and completed post-doctoral fellowship in Clinical and Public Health Microbiology. Dr. Fernandes held executive leadership positions at pharmaceutical corporations including Bristol-Myers Squibb Pharmaceutical Research Institute where she was a vice-president in Drug Discovery, Abbott Laboratories, where she was the leader of Anti-infective Discovery and The Squibb Institute for Medical Research, where she conducted key research on the first monobactam antibiotic, aztreonam. She was directly involved in the development of antibiotics, six of which have been approved, with one, clarithromycin, achieving sales over a billion dollars for Abbott laboratories. After leaving Bristol- Myers Squibb, she has founded and led four biotechnology and CRO companies as President, Chief Executive Officer and Director of each of these companies. Prior to her retirement in December 2016, she led Cempra, Inc. for 12 years as its founder, CEO and chief scientist and developed solithromycin and fusidic acid. In 2012, she led the initial public offering and listing on Nasdaq for Cempra, and has successfully raised over half a billion dollars for the company and obtained additional drug development support by licensing solithromycin in Japan to Toyama/Fujifilm and obtained funding from BARDA, the biodefense arm of Health and Human Services in the U.S. Prior to Cempra, she was President and CEO of DarPharma, Ricerca and Small Molecule Therapeutics. Dr. Fernandes has served on the U.S. Congressional Panel for Assessment of Impact of Antibiotic Resistant Bacteria and on the American Society for Microbiology Advisory Panel for Antibiotic Resistance. She has worked on policy matters to help in combating antibiotic resistance with IDSA and the Anti-infective Working Group. She serves as the Section Editor for the Journal of Antibiotics, is on the publications committee for the Infectious Diseases Society for America and is an ad hoc reviewer for other journals. She has served as a member of the Product Development working group for Biodefense for the NIAID; and was an Advisory Board Member of Optimer Pharmaceuticals, Inc. as well as the Supervisory Board of GPC Biotech. At Optimer, she was involved with the development of fidaxomicin. In January 2017 she was appointed to the National Biodefense Science Board for the US Government and was appointed its Chairperson in July 2018. In 2018 she was appointed as a Scientific Advisor to GARDP (Global Antibiotic Research and Development Partnership, a DNDi/WHO initiative) and has been appointed as its Chairperson from November 2019. She is currently on the Supervisory Board of Curetis a European based, publicly traded, molecular diagnostic company. She serves as a consultant and scientific advisor to a few other biotechnology companies. She has authored over 250 publications and several reviews, book chapters and served as an editor for books.

Aelin Therapeutics’ pipeline is based on the groundbreaking work of renowned structural biologists Prof Joost Schymkowitz and Prof Frederic Rousseau of the Switch lab. 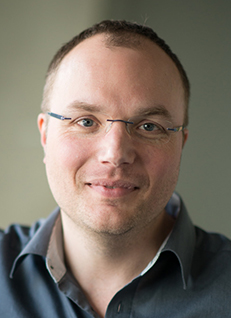 Frederic Rousseau and Joost Schymkowitz are a scientific duo since 1998. They both obtained their PhD in 2001 from the University of Cambridge (UK) where they used protein engineering methods to study mechanisms of protein folding. They then moved to the European Molecular Biology Laboratory in Heidelberg (Germany) where they contributed to the development of several structural bioinformatics tools to predict mutational effect on protein stability and aggregation (FoldX and TANGO).

They are currently group leaders at the KU Leuven-VIB Centre for Brain & Disease Research where they conduct research on mechanisms of protein misfolding and aggregation in disease. They developed several technology platforms manipulating protein aggregation either to inhibit protein aggregation or to design synthetic amyloid peptides with biological activity. 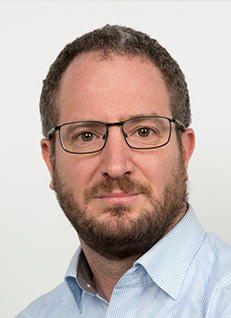 Frederic Rousseau and Joost Schymkowitz are a scientific duo since 1998. They both obtained their PhD in 2001 from the University of Cambridge (UK) where they used protein engineering methods to study mechanisms of protein folding. They then moved to the European Molecular Biology Laboratory in Heidelberg (Germany) where they contributed to the development of several structural bioinformatics tools to predict mutational effect on protein stability and aggregation (FoldX and TANGO).

They are currently group leaders at the KU Leuven-VIB Centre for Brain & Disease Research where they conduct research on mechanisms of protein misfolding and aggregation in disease. They developed several technology platforms manipulating protein aggregation either to inhibit protein aggregation or to design synthetic amyloid peptides with biological activity.

Do you want to be the first to learn about Aelin Therapeutics developments?