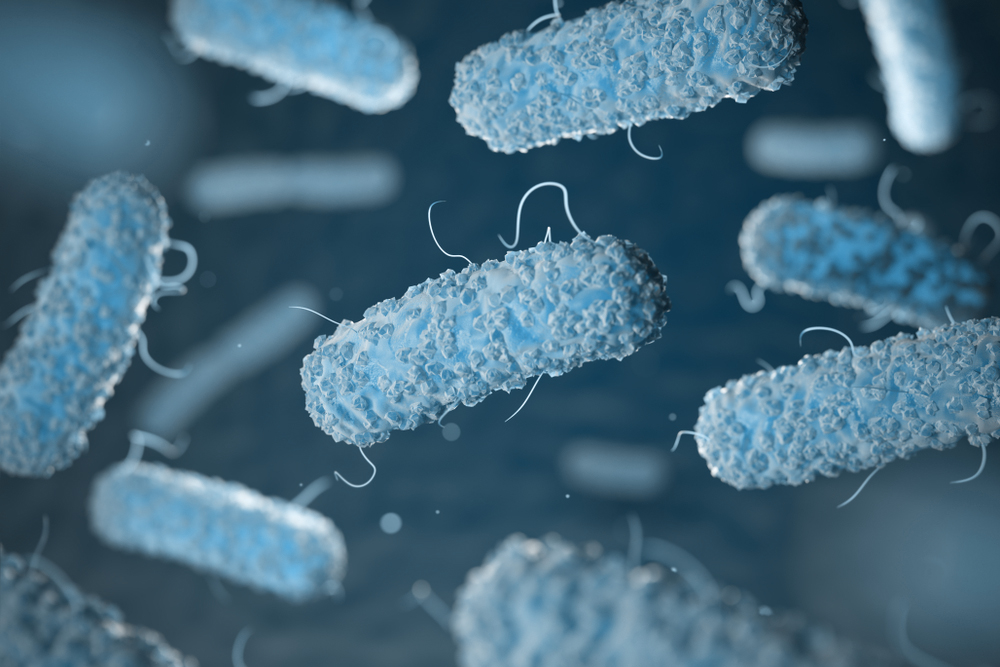 Researchers at VIB, KU Leuven and UZ Leuven devised a novel approach to develop antibacterial drugs. With antibiotic resistance on the rise worldwide, such new drugs are urgently needed. The Flemish biotech spin-off Aelin Therapeutics will exploit the technology to produce new antibiotics for the clinic.

Around the world bacteria are developing new strategies that render them resistant to antibiotics, resulting in an increasing number of patients dying from untreatable infections. Experts now agree that unless we discover new medicines soon, the post-antibiotic era may be upon us, effectively pushing human healthcare back to the 1940s. In particular, a class of bacteria called ‘Gram-negative bacteria’, which include the well-known species E. coli, are causing major problems in our hospitals.

The problem is that most antibiotics that we know today work according to only a few mechanisms of action and so when a bacterium becomes tolerant to one drug, it often becomes tolerant to the whole family. What we need to solve this situation is an entirely new class of drugs that shares no structural or mechanistic similarities with the existing antibiotics.

Prof. Joost Schymkowitz and Prof. Frederic Rousseau of VIB-KU Leuven in collaboration with Prof. Johan Van Eldere of University Hospitals Leuven have gone one step further: they have developed a new way of designing antibiotic drugs that can give rise to many new antibacterial molecules.

These drugs penetrate bacterial cells where they induce a process called protein aggregation. This process resembles what happens when boiling an egg, but now without heat: proteins that normally need to carry out essential functions for the bacteria – such as digesting their food – clump together and can no longer carry out their work. As this affects many proteins in the bacterial cell all at once, the bacteria rapidly succumb and die.

In a recent publication in the highly regarded scientific journal Nature Communications, the scientists reveal novel molecules with a strong antibacterial (bactericidal) activity against Gram-negative bacteria.

The technology will now be further explored and exploited by the Flemish start-up Aelin Therapeutics. Founded last December after attracting 27 million Euro in investments, this biotech company uses the protein aggregation approach (PeptinTM-technology) devised by Schymkowitz and Rousseau to develop new therapeutics.

Via Aelin Therapeutics the lab findings will be applied to generate many more antibacterial molecules. The company aims to apply the same technology to target a wide array of other diseases.

The Switch Laboratory was supported by grants from the European Research Council
under the European Union’s Horizon 2020 Framework Programme ERC Grant agreement
647458 (MANGO) to JS and VLAIO (IWT, SBO grant 60839)

A breakthrough in research is not the same as a breakthrough in medicine. The realizations of VIB researchers can form the basis of new therapies, but the development path still takes years. This can raise a lot of questions. That is why we ask you to please refer questions in your report or article to the email address that VIB makes available for this purpose: patienteninfo@vib.be. Everyone can submit questions concerning this and other medically-oriented research directly to VIB via this address. 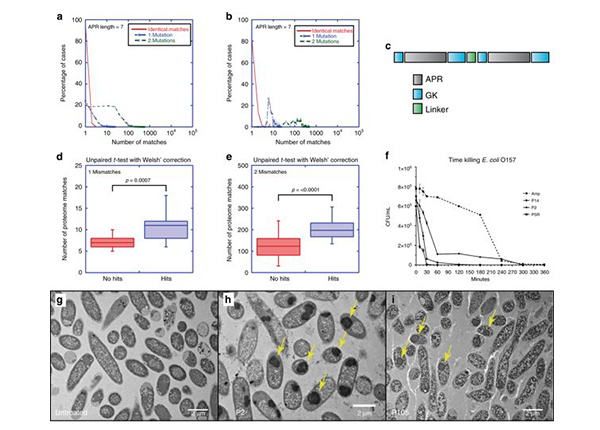 Aggregation is a sequence-specific process, nucleated by short aggregation-prone regions (APRs) that can be exploited to induce aggregation of proteins containing the same APR. 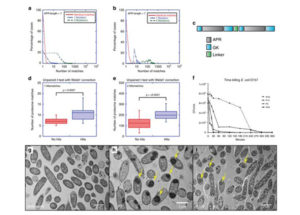 Here, we find that most APRs are unique within a proteome, but that a small minority of APRs occur in many proteins. When aggregation is nucleated in bacteria by such frequently occurring APRs, it leads to massive and lethal inclusion body formation containing a large number of proteins. Buildup of bacterial resistance against these peptides is slow. In addition, the approach is effective against drug-resistant clinical isolates of Escherichia coli and Acinetobacter baumannii, reducing bacterial load in a murine bladder infection model. Our results indicate that redundant APRs are weak points of bacterial protein homeostasis and that targeting these may be an attractive antibacterial strategy.